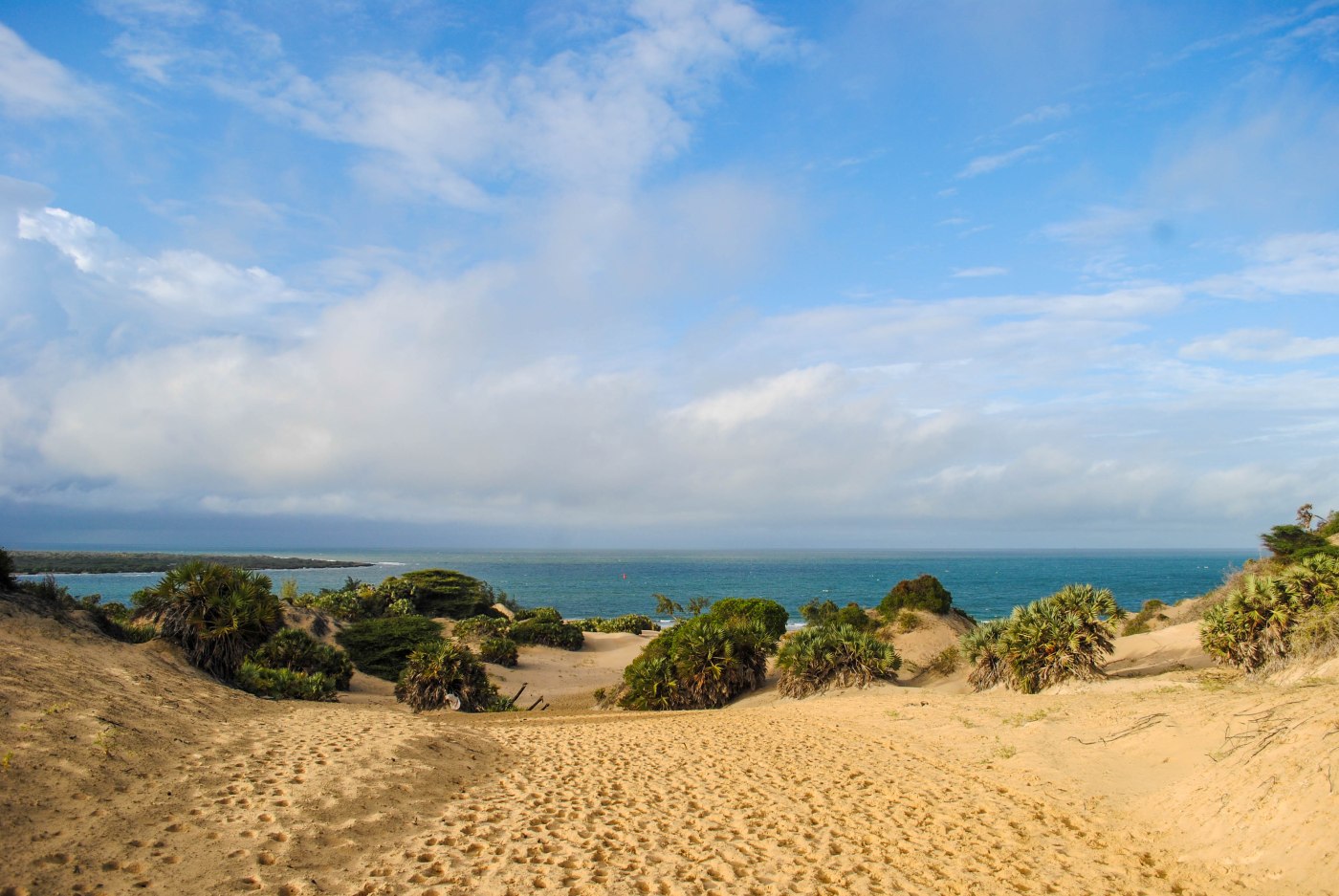 The first time I ever traveled solo was last year in December. I was in a bad place psychologically and emotionally; all I wanted to do was run as far away as I could from the workplace and home environment. My soul found solace at Distant Relatives Ecolodge in Kilifi. There’s something healing about solitude and being far away from home; your mind clears, you get time to rethink your life and you come back rejuvenated.  (Or maybe it’s just the sea and ample rest that do the trick; I wouldn’t know). Ever since the Kilifi getaway, it has been my plan to travel solo again.

Last Saturday, my photographer friend Stephen Ouma and I were supposed to head down to explore Lamu Town with Skyward Express. The airline recently launched a new route that includes daily flights down to Mombasa and Lamu.

Steve couldn’t make it to travel on Saturday and would fly down the next day. That meant I’d get the chance to explore the place alone prior to his arrival; I was low-key happy about this new turn of events (see the universe always making things work when we least expect?)

Now, the absolute best thing about travelling solo is the freedom to be yourself; in a new land where everybody is a stranger.  It’s sort of like getting another shot to recreate yourself and take up a new identity if you may wish (even if it’s just for a few days).  The worst part is the expenses bit; you don’t have the power of numbers when negotiating for stuff. This makes you vulnerable to extortion from vendors, especially if you suck at haggling prices in the first place. That’s how I found myself paying Ksh. 1,000 for a boat ride from Manda Airport to Shella Beach (a journey which I later came to find out shouldn’t have costed me more than Ksh. 200).  In Lamu, things work better especially if you’re in groups of 4 and above. Most places are accessible by boat, donkey or foot; the fastest of course being by boat.

Shella Village is located roughly 3kms the main Lamu Island.  The first thing that will strike you when you land at Shella beach , right after leaving the jetty , is the calm and silence that hovers in comparison with the noisy and lively streets of  Lamu town.  I figure it’s because majority of the  beach front hotels, houses and nearby properties  are owned by wealthy Arabs, Europeans and Expatriates  who only come here during the holidays. The private houses have been converted to guest houses and bed-and-breakfast joints. Local communities have found employment as cleaners, cooks, gardeners and of course, beach boys, owing to the number of tourists flocking the area. This, while being a good thing, has however attributed to high levels of illiteracy and school drop outs in the region.

I was picked up from the jetty by Nyama, the housekeeper at Shella White House, my home for the day. Kazungu is his real name, he tells me, but everyone calls him Nyama around here. In Shella, everyone knows everyone. It’s one of those places where you can hardly get away with a vice.

Like Lamu town, the architecture in Shella town has heavy Islamic influence characterized by dorms, curves and intricate geometrical patterns that have been replicated. But unlike the former,  Shella buildings, especially those owned by foreigners, are more polished and luxurious. The streets get narrower as you get further into the town.

I am sipping a glass of cold, freshly blended watermelon juice as Nyama explains to me how stuff gets into Shella. “Goods come in by bus from the mainland into Lamu Island. After that, they have to be transported here on donkey back or boat. That’s why basic commodities are very expensive in here.”  I later came to confirm this after asking for a plate of Rice with coconut Beans at a restaurant only to be told it was Ksh. 800 (IKR??)  Being a very tourist-ty area, the prices in restaurants are in this range around here.

My visit to Lamu was poorly timed; it coincided with the season of the Monsoon  which characterized by strong winds and precipitation. As such, the sun barely made appearances; dark looming clouds hovered prominently and sporadic rains were the norm.  I spent my afternoon chilling at the rooftop terrace of my hotel, snacking and chatting away with the people who live on my phone.

Have you ever stayed up to study all night for a test; only to find none of the stuff you  read for appearing anywhere in the exam paper? Well, that was me on the morning I woke up to chase after the sunrise.  But it wasn’t all in vain though.

About 6am, I bumped into Mike at the jetty, who ended up taking me on an unplanned tour to the Shella dunes and the local village. What was meant to be a 30 minute walk spiralled into more than 3 hours and counting. All this done while barefoot, hungry and nursing a bad hangover…

Mike tells me he is a Kikuyu; his parents were originally from Lower Kabete but settled in Mpeketoni; where he was born and raised.  He knows no other home. “When the tourists come in I earn a living offering guide services; during the low season, I double as a fisherman by night and mason or carpenter’s assistant during the day”

I was a bit hesitant about letting Mike leading me into the lone dunes. First, because I could  feel a faint of liquor on his breath and secondly, I was a woman, alone, in a place with no people. You never know what people are capable of.  But here I was, already on my journey and I decided to trust my instincts. ( I wouldn’t advise any woman to do this though. It’s very risky) Luckily, he could sense my nervousness the entire time and kept reassuring me that he had no ill motives.

The Shella dunes are more majestic during the dry season. After the rains they all seemed deflated and leveled by the rain. You can see the sea below from the dunes and it’s a beautiful sight. 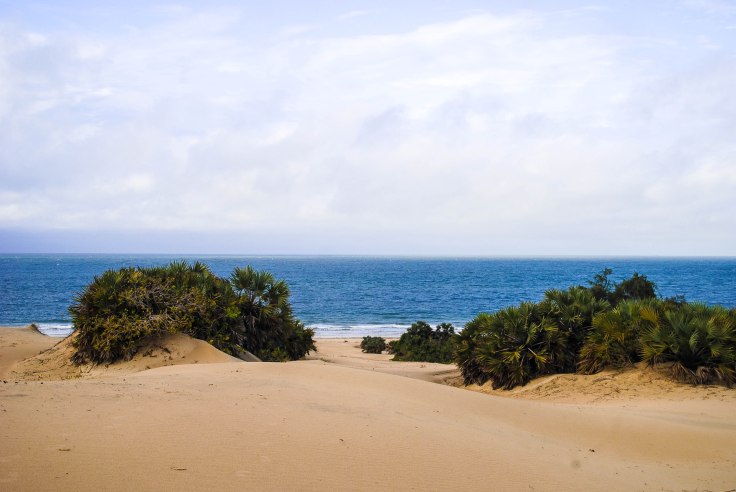 Cutting across the dunes, we walked all the way to the village where mostly the Pokomo (of the Mijikenda community) reside. I was lucky to bump into a local fundi who walked me through the construction process of the local makuti houses.

Standing from the village on the other end; you can clearly see the stark difference between the locals and their neighbors down at the beach. So near yet worlds apart. The ironies of  life.

While making  the trek back to Shella beach, we bumped into a cobbler and I decided to have my sandals mended. So this cobbler also happens to be local barber; I witnessed first hand as  man received a hair and beard trim using just a razor blade. Remember Dr. Barber from Flapjack? Aye?

I made my way back to find  Nyama had laid out my breakfast.

I was expecting  a more local dish; but I guess the hotels here are used to serving foreigners. The toast, omelette and fresh fruits all served with tea and juice were ok though. 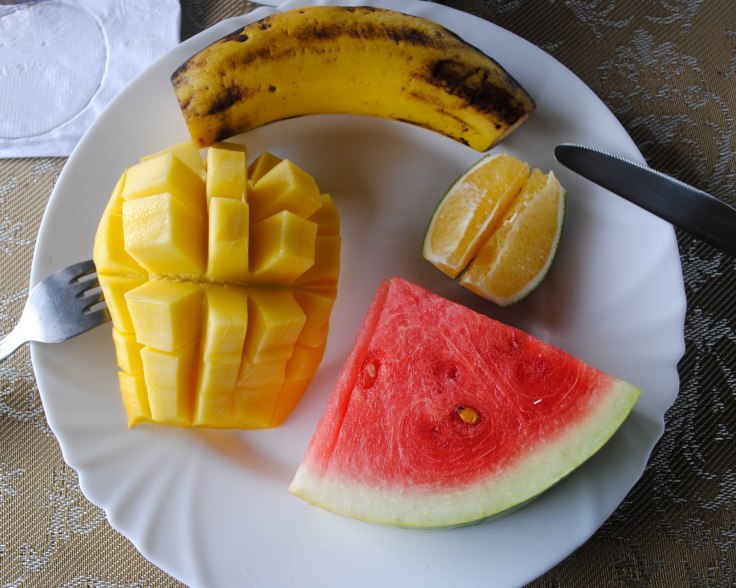 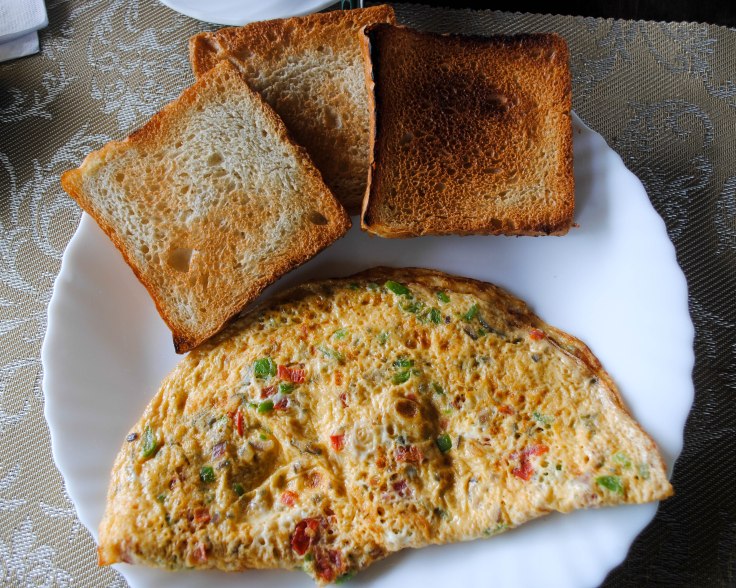 One thought on “Re-Imagine Kenya: A Solo Exploration of Shella Beach & Village”